When do building materials turn into historic fabric? 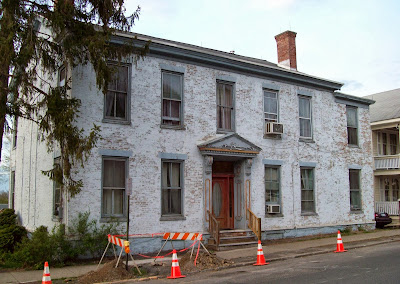 Historic fabric is a term used regularly in the historic preservation world but what it is or—better—how it comes to be, receives disproportionately little attention. McGraw-Hill’s Dictionary of Architecture and Construction defines historic fabric as “those portions of a building fabric that are of historic significance.”[1]  This definition implies that materials that are part of a building develop significance, presumably over time and as it relates to the life of the building.  One might also infer from the definition that some parts of a building may not possess historic significance.  What other sources provide a definition for historic fabric?  It would be ideal to point to a definition supplied in the Secretary of the Interior’s Standards for the Treatment of Historic Properties but one does not exist.  Surprised?  There’s no definition of historic fabric in the National Park Service’s Cultural Resources Management Guideline’s glossary either.


The Secretary’s Standards do address significance, however, as it relates to tangible things like cornices and columns and they identify four strategies for effectively dealing with historic buildings: preservation, rehabilitation, restoration, and reconstruction.  The first approach, preservation, is the most desirable and “places a high premium on the retention of all historic fabric through conservation, maintenance and repair.” Further: “It reflects a building's continuum over time, through successive occupancies, and the respectful changes and alterations that are made.”[2] Changes to a building, such as a mansard roof added to an Italianate or so-called Victorian details added to a brick building in the Federal style, are an accepted part of its record and how it’s evolved over time.


However, exactly where and when old alterations or changes to a building develop significance and become historic fabric is not clearly defined for us by the Standards.  And, if “respectful changes and alterations” are to be preserved, why have we decided that the continuum has stopped and we are resistant to additional changes and alterations? Indeed, a great deal of attention has been focused on how to create historically appropriate additions to existing buildings—make it like the original, but easily distinguishable, and smaller in scale. But what about a 1920s rear ell on a Greek Revival? If it looks “right” we want to save it but, if it doesn’t resonate with our collective sense of taste and what we think it should look like—if it doesn’t look “right”—then we’re receptive to wholesale alteration or even demolition. 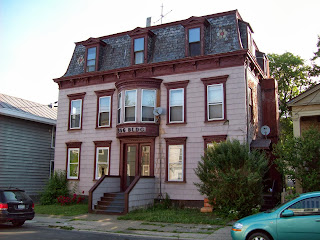 In my experience as a contractor and consultant I have appeared before numerous historic district commissions throughout New York and New England. This has afforded me the opportunity to listen in as applicants for certificates of appropriateness make their pitch for permission to replace windows, change facades or roofing materials, and otherwise destroy historic fabric. The part I’ve always found most fascinating is when the element or system the applicant wants to demolish is part of the “respectful changes and alterations” that have been made over time. If the alterations are respectful, as the Secretary’s Guidelines indicate, the commission will fight hard to protect them. If not, approval is often swift and paves the way for the demo crew. Does respectful mean it ‘looks right’?


Respectful is a relatively subjective term and, as it applies to a discussion about the value, significance or integrity of an architectural detail, more subjective still. Merriam-Webster defines respectful as “marked by or showing respect or deference.” So, do respectful changes and alterations show deference to the original building? Perhaps not in style (reference the earlier examples of the Italianate and the Federal-style buildings with juxtaposed styles as major alterations) but in the quality of the craftsmanship and the materials used? The dictionary’s definition of deference as “a way of behaving that shows respect for … something” is of little help. Unhelpful, that is, unless we view the term esoterically and, in this context, meaning that the newer work is of a quality and standard worthy of standing beside the original.


That would be a convenient conclusion, if not for the fact that the historic preservation world possesses a general aversion to the idea of altering historic buildings, and this inference would seem to indicate that new alterations and changes can be viewed as acceptable if the quality of work is very high. Returning to the “building's continuum over time” issue, one might think that worthwhile, respectful alterations and changes ceased by the beginning of the twentieth century or perhaps as late as the 1930s when sun porches were vogue additions atop single story bump-outs at the rear of nineteenth century homes. Adding a Second Empire mansard roof to an Italianate, or Victorian details to a brick Georgian, are a clear mishmash of styles that, if proposed today, would be unacceptable. 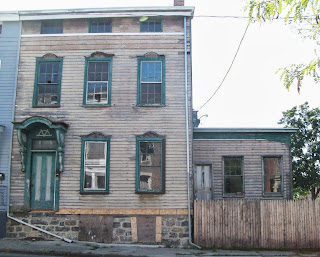 Is that because the changes, dramatic as they were 150 years ago, are now deemed respectful because they, too, are ancient and reverent? This smacks of Ruskin: “When we build let us think we build forever ... that a time is to come when these stones will be held sacred because our hands have touched them, and that men will say, as they look upon the labor and wrought substance of them, ‘See! This our fathers did for us.’”[3] There is something special about a hand-planed molding, a carved stone capital, or a centuries-old brick wall—and we treat them with reverence out of respect for the quality of craftsmanship and materials that have endured the test of time. The tangible item that is ancient is automatically awarded respect and shown deference because it is old, and as Ruskin would indicate, becomes sacred. Modifications and alterations to the building, no matter how dramatic they may have been then, are acceptable now and protected.


Circle back to the earlier question: Exactly when do alterations or changes to a building become historic fabric? Imagine if the owner of the Italianate sought a certificate of appropriateness to remove the mansard roof and restore the building to its original style. His application would undoubtedly be rejected. But what if there was an addition on the side of the building from 1900; would it be considered historic fabric? Why or why not? Since we’re dealing with subjective terms, and varying views, perhaps it depends less on the materials and craftsmanship than one might think. Some historic district commissioners may be patently against demolition and, as such, the “continuum over time … respect for changes” argument is well-suited. Still, even staunch preservationists have a breaking point; some changes must be unacceptable and worthy of the landfill.


Wherever that line lies, on the other side is the place where building materials turn into historic fabric.