How does slate roofing perform in a hurricane? 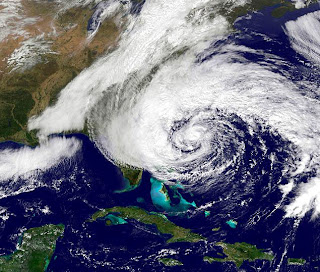 Bad weather is coming.  Very bad weather.  Winds, driving rain—the stuff that makes us pause and lok up at the roof.  How does slate hold up compared to other material choices?  The American Society of Testing on Material has established a standard specification for roofing slate, C-406, which tests the slate for three physical requirements that the slate must pass to be classified as an S-1 to grade material:


ASTM C 121 - Water Absorption of Slate … Porosity of the material is tested by submerging the slate samples in water for defined periods and then gauging absorption. 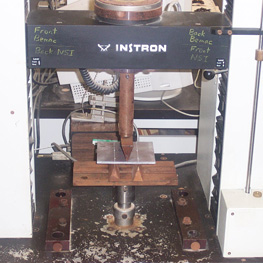 ASTM C 217 - Weather Resistance … This standard defines the depth of softening as an expression of weather resistance of a slate. The depth is determined by a shear/scratch tester or a hand scraping tool.


After being crushed by hurricanes in the early 1990’s and seeing staggering losses from sub-standard building practices and materials, the government in Miami, Florida, decided to do something about it.  New standards, testing and licensing were created by legislators that raised the bar higher than anywhere else in the United States. In order to have your product “Miami-Dade-County “ approved the product must pass many stringent tests.


This includes the wind up-lift test where the slate was tested on a roof and subjected to 110 mph wind with gusts up to 140 mph with no movement detected.  Slate was also subjected to a wind-driven rain test in which 90 to 110 mph winds were blown against a 2:12 pitch roof while 8.8 inches per hour of rain fell.  The result?  No water penetration was detected underneath afterward.  This testing is by far the most severe for roofing products to pass and only clay tile materials could come close to the performance of slate.
Posted by Ward Hamilton at 1:16 PM 9 comments: 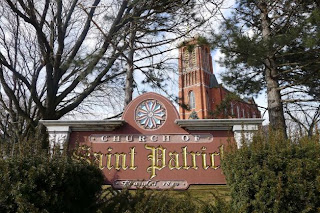 The Roman Catholic Diocese of Albany closed St. Patrick's Roman Catholic Church last year because the structure, which has been deteriorating for years, would require restoration they were unable (or unwilling) to pay for.  In March 2012, local developer Nigro Companies filed a proposal to rezone the property from residential to business status so that it could raze the church as well as an attached rectory, former school building and six private residences.   What are they proposing to replace this landmark structure with?  A new Price Chopper grocery store.  After tossing around loose, unsubstantiated numbers, Nigro Companies released a scant, four page letter from an architect in Ballston Spa as it's conditions assessment and engineer's estimate of cost.  You can see an example of what such a report should look like here.  I encourage you to contrast and compare. 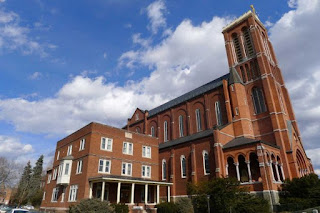 St. Patrick's Church, which is clearly the tallest point in town, is modeled after the Upper Basilica in Lourdes and is considered the defining piece of architecture in Watervliet. Some in the community have responded with criticism and formed Citizens for St. Patrick's, a group opposed to the demolition ofthe church.  The group has obtained a statement by the New York State Office of Parks, Recreation and Historic Preservation that the church is eligible to apply for listing on the National Register of Historic Places. Planning board meetings have taken place regarding the developer's proposal, and a decision from the City Council is expected in the Fall of 2012.

Nigro Companies created a website calling itself the '19th Street Redevelopment Project' where they could promote their position without coming across as another money hungry developer bent on erasing history to erect yet another strip mall.  They published an architect's four page report (half of it photos) that apologizes for the estimated price tag of $4m to restore the church.  The developer even offers this rationale for the proposed development: 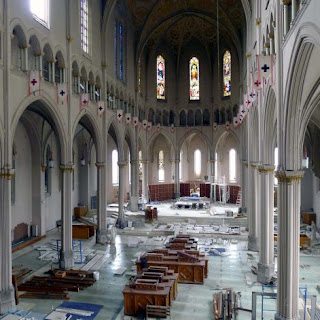 "After a thorough evaluation, the Immaculate Heart of Mary Parish in Watervliet, NY, reached the decision recently to sell the former St. Patrick’s Church and associated buildings. The financial burden to operate and maintain the 25,000-square-foot church was simply too great for our small Catholic Community to bear.  We share the affection many feel for these buildings and would have preferred a buyer who would renovate St. Patrick’s as a worship space and preserve the buildings on the property. However, the investment that would be required to rehabilitate the buildings to make them habitable and safe appears financially unrealistic for any organization in our region, non-profit or otherwise.   Given the necessary and costly repairs to the church and other buildings, the most responsible choice was to offer the property for sale, with the proceeds remaining in Watervliet and Green Island for the long-term benefit of the Catholic community."  (Source:  http://www.stpatrickswatervliet.org) 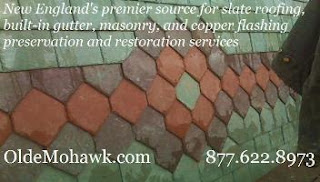 This statement is carefully crafted.  Why is restoration for another congregation's use the only option they would consider?  Certainly "the investment that would be required to rehabilitate the buildings ... appears financially unrealistic for any organization in our region, non-profit or otherwise" but they've predetermined that those are the only viable options and done so without any research or attempt to find an interested party.  What about repurposing for housing with retail on the first floor of the structure?  Churches and other institutional structures throughout the US are being adaptively reused quite regularly.  It's the "green" choice and a socially responsible course of action.
"Stewardship is the heart of the environmental movement. The only way we can really take care of nature is by taking care of what is all around us and believing in the power of preservation.   Every time we extend the service life of a building, we avoid the environmental impacts of creating something new, we avoid the environmental impacts of our throwaway culture." -- Jean Carroon, FAIA, Goody Clancy (Boston) 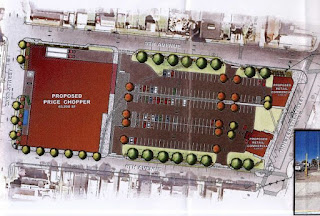 The Catholic church claims that they built the church at the turn of the century, and that it is well within their rights to sell it to a developer who'll level the lot and build a new Price Chopper grocery store just around the corner from the existing one in town. But who is "they" when the church says "they" built it? The chuch was erected with the funds gathered each Sunday from the working class, immigrant people who inhabited the community a century ago. People who married there, had children baptized there and whose funeral masses were said there. During the 20th century, their children, grand children, and great-grand children celebrated relgious events, weddings and funerals there. The structure, itself, is their monument in the community.  Repurposed on the inside as anything--apartments, commercial space, whatever--the outside can remain much as it has for the life of the building.  "See, there is the building where you were baptized,"  "There is where my grandparents met at a dance and later married," "There is where my father's funeral mass was celebrated."  Buildings connect us to the past; they are where human events take place.  Saving a church isn't just about the bricks and mortar and whats good for the environment; its about preserving our history which, in turn, is about cultural heritage.
"Historic preservationists are ultimately interested in the preservation of communities.   We believe that by honoring the past – by protecting the key buildings and landscapes of our communities, telling their stories, and keeping them in use – we build a more sustainable and just world.  Without the evidence of the past, and without examples of past achievements in architecture, our cities and towns would be lifeless.   Even as we build for today, we must maintain continuity with the past."  -- Dr. Max Page, UMass-Amherst 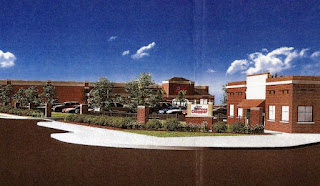 You wouldn't think this conversation could be happening in Albany County, NY, in 2012.  This is a masonry structure which epitomizes "sustainable design."  The embodied energy in this building is astounding--it's cathedral-like. Look at the pictures. Maintenance was obviously deferred for decades by the same Diocese that now cries poor mouth.  Had they maintained the structure properly they would not now be in the position that they put themselves in.  Somehow this irony is lost on them.  [See "Demolition by neglect," a tactic not foreign to institutions such as this.]  That is exactly the policy that was in place ... "let it fall down around us and we'll say we cannot afford to fix it."  Have other options been realistically explored? No.  Why?  Because its too much work.  The church wants this to go away as quickly as possible so the sale can proceed and the funds can be added to their coiffers.  They're not interested in finding a way to preserve the community's connection to the institution that was the Catholic church in Watervliet.  They're not interested in doing what's right for the environment.  They're interested in generating revenue.  There's a real message in that for all of us to pause and consider. 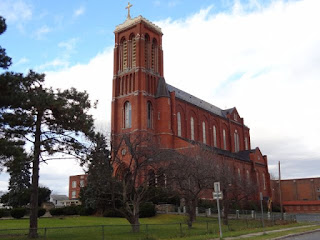 “Historic preservation is, ultimately, not about buildings, it is about culture – which is about humanity. Our cultural trajectories result in our understanding of the technologies that permit us to shape Earth-formed materials into buildings. Buildings become the shelters and settings in which we enrich ourselves more fully. Cultural preservation – in all of its diverse forms – is as important as the preservation of buildings, if we are to fully understand what it is to be human. The saving and passing on of buildings of significance helps us to resist cultural stagnation and fosters sustained renewal.”  -- Hon. Michael Devonshire, NYC Landmarks Commission
ADDENDUM
While the diocese of Albany refuses to rehabilitate St. Patrick’s church in Watervliet, or entertain any option but its sale to a developer for demolition, it is worthwhile to take a peek at what it has done to it’s own ‘home’, the Cathedral of the Immaculate Conception in Albany. The cathedral website relishes in the massive and far-ranging restoration of the historic cathedral.  What the cathedral website doesn’t mention is the cost.  The exterior and interior phases cost more than $19 million and took over five years to fulfill. Over 70% of the exterior stone was removed and replaced.

While the diocese fell $3.5 million short of its $10 million goal for the interior work, several items on its wish list, including air-conditioning, a new concrete floor with radiant heat, new bathrooms and an elevator, were postponed.  The large pipe organ was removed for cleaning and repair, but ended up costing in excess of $1 million to restore.   “If more money becomes available, we’ll do those other items in the master plan that we couldn’t complete in the current restoration,” Bishop Hubbard said in 2009.  This as parishes in his diocese are literally falling apart.

(Sources: website of the Immaculate Conception Cathedral of Albany, and Albany Times-Union, “Renovation a Revelation”, published 30 Nov 2009)
Posted by Ward Hamilton at 8:54 AM 6 comments: 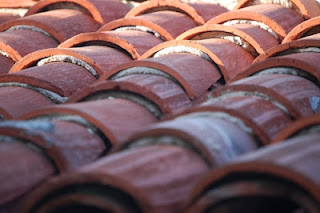 
This workshop examines the tension between historical integrity and the quest for greater energy efficiency from the building envelope.  Topics include: 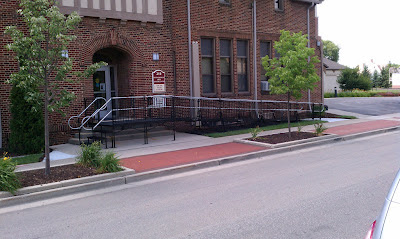 For directions and maps: http://www.umass.edu/visitorsctr/Directions_to_Campus/
Parking: parking is available at the Campus Center garage (for a fee). 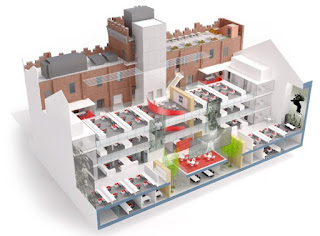 For all architects, learning units can be earned by attending this or any of the WMAIA monthly programs. For more information regarding learning units contact Lorin Starr at director@wmaia.org
LEED Credential Maintenance credits are available through self-reporting.  4 Non-LEED credits are possible for those attending the entire event.


For more information about the M.Sc. in historic preservation program at UMass-Amherst


For more information about the speakers